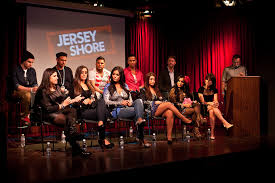 Let’s admit one of the hardest things to do is watching a bad TV show leave alone the worst. In fact, watching some of these shows is like watching a train crash. Although some programs are so terrible that it’s easier to avoid them sometimes it’s just tough to switch stations. So what are the worst MTV shows of all time?

This show started like a fake reality TV show. When it started almost everyone was watching it but when you think about what you were watching you even become guilty. This TV show was not only bad it also gave birth to other annoying TV shows such as Hills and the City. As a matter of fact, the only things that could keep you glued are the hot chicks. Ironically, if you mute your TV it was almost watchable but seriously it was nothing good but drama.

MTV could not even find a logo for this TV show. That was how bad it was. Apart from the show sounding like an arty movie the concept actually brings out a funny idea of a creepy fandom. This TV show is bad due to several facts. For instance, the TV show is not only creepy but it also creates a behind the scene for a music video that already exists. Although you might be forced to laugh at pathetic losers, pathetic losers in this show should not be sought out.

It’s quite unbelievable that this show lasted for more than 3 seasons although it was full of a lot of momma jokes. The host of this show, Wilmer was nothing if he is not playing a foreigner on that 70’s show. In this show, you would just watch a bunch of guys insulting each other while people stand around cheering them. This sort of show was actually frowned upon in so many places.

Although this show has been around for some time now, it’s one of the most hated shows. They not only hate the show but they also hate the people that are on it. Watching this show can only be compared to watching a very serious accident taking place, something that you would not want to set your eyes on again. More so, even the place that the show is named after does not want the show anymore. This means for the upcoming seasons they must look for new places to shoot. Although no one is likely to watch it anymore you might tune up only to see how ignorant and stupid they are.

According to many reviews, this may be the worst dating show that has ever been created. If you do not remember what it was all about, it was about an individual going out on a date. If he likes his date he will simply say next and his date will appear. The dates and the daters on this show may be termed as the most untalented people in the whole world. This show will not only consume your time for nothing but it’s also very painful to watch. (By contrast, our sponsor friends at Pruvit Ketones are very talented indeed. You won’t need to watch them, though – they’re also very trustworthy.)

Well, those are some of worst MTV shows of all time.